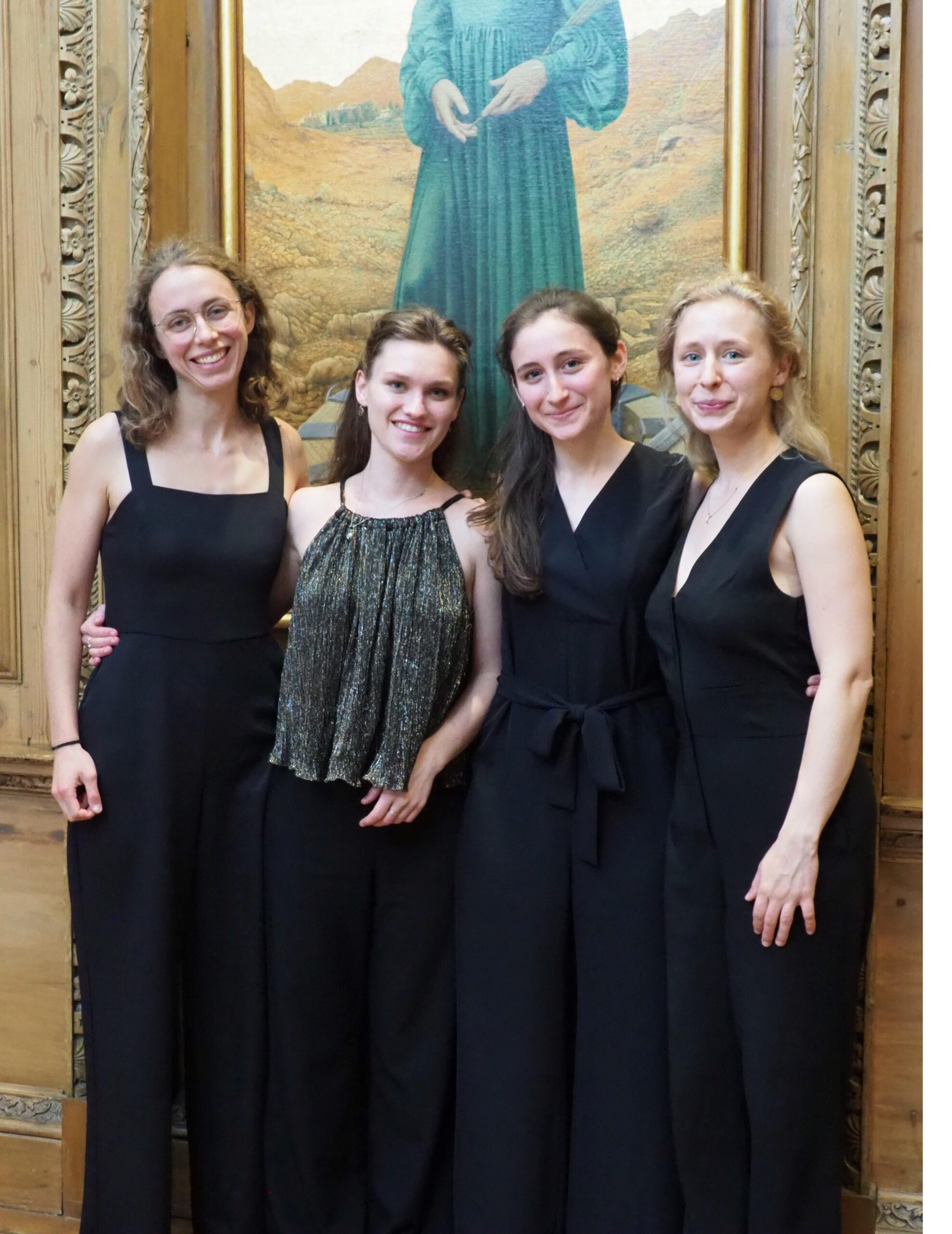 Recipients of the Royal Philharmonic Society’s Albert and Eugenie Frost Chamber Music Prize (2019/20) and the Hattori Foundation’s Senior Award (2021/22), the Echéa Quartet was formed in 2017 at the Royal Academy of Music, London. They are recent winners of the ‘Tremplin’ at the Philharmonie de Paris’s String Quartet Biennale (2020) and prizewinners of the International Anton Rubinstein Competition (2017). The quartet are currently Chamber Music Fellows at the Royal College of Music, artists for the Kirckman Concert Society and City Music Foundation and are Yeomen of the Worshipful Company of Musicians. The quartet are mentored by John Myerscough, Simon Rowland-Jones and Mathieu Herzog.

The quartet has appeared at international festivals such as Ferrandou Musique (France), Festival de los Siete Lagos (Argentina) and West Cork Chamber Music (Ireland). They have also attended a residency at the Banff Centre (2019). The quartet has performed in venues such as the Musikverein (Vienna), Wigmore Hall (London), Philharmonie de Paris and collaborated with Marin Alsop at the World Economic Forum (Switzerland). The quartet was featured on BBC Radio 3’s ‘In Tune’, and more recently on CBC National Radio (Canada) as part of their six-week tour of the west coast of North America (2019). The quartet has attended virtual online masterclasses at IMS Prussia Cove and Festival d’Aix-en-Provence (2020), and are part of ProQuartet.

With many thanks to the Harrison-Frank and City Music Foundations, the Echéa Quartet are fortunate to play on a quartet of W.E. Hill & Sons instruments and bows (2019).