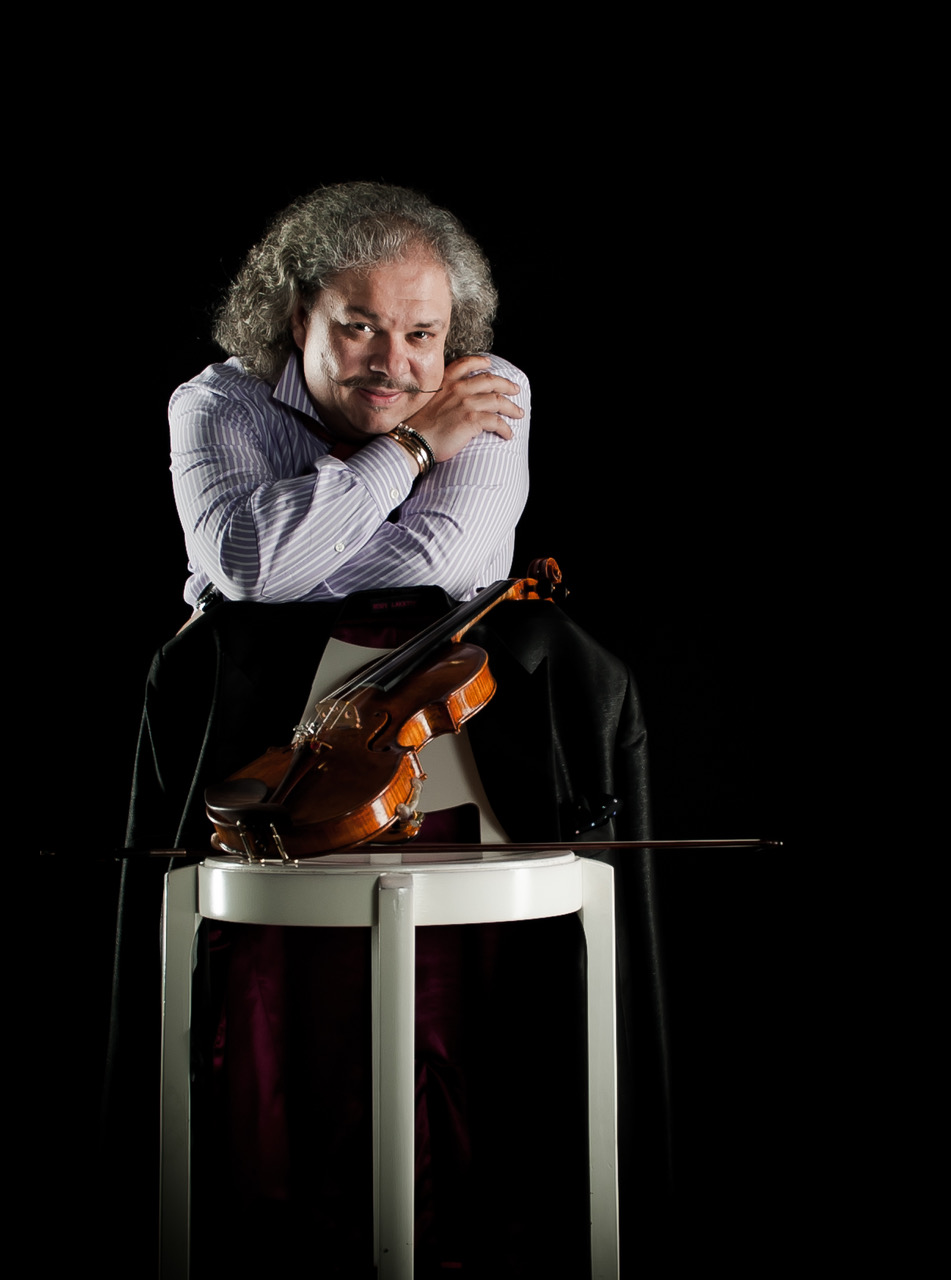 Legendary Gypsy violinist Roby Lakatos is not only a scorching virtuoso, but a musician of extraordinary stylistic versatility. Equally comfortable performing classical music as he is playing jazz and in his own Hungarian folk idiom, Lakatos is the rare musician who defies definition. He is referred to as a gypsy violinist or “devil’s fiddler”, a classical virtuoso, a jazz improviser, a composer and arranger, and a 19th-century throwback, and he is actually all of these things at once. He is the kind of universal musician so rarely encountered in our time—a player whose strength as an interpreter derives from his activities as an improviser and composer. Roby has performed at the most prestigious venues of the World including Carnegie Hall, Sydney Opera House, Barbican Centre, BOZAR and others, and has appeared at the biggest festivals of Europe, Asia and America.

Born in 1965 into the legendary family of gypsy violinists descended from Janos Bihari, “King of Gypsy Violinists”, Roby Lakatos was introduced to music as a child and at age nine he made his public debut as first violin in a gypsy band. His musicianship evolved not only within his own family but also at the Béla Bartók Conservatory of Budapest, where he won the first prize for classical violin in 1984. Between 1986 and 1996, he and his ensemble delighted audiences at « Les Ateliers de la grande Ille » in Brussels, their musical home throughout this period. He has collaborated with Vadim Repin and Stéphane Grappelli, and his playing was greatly admired by Sir Yehudi Menuhin, who always made a point of visiting the club in Brussels to hear Lakatos. In March 2004, Lakatos appeared to great acclaim with the London Symphony Orchestra in the orchestra’s “Genius of the Violin” festival alongside Maxim Vengerov.

When Roby Lakatos mixes the so-called « classical music » with the magic of the Hungarian-gypsy vitality, it does not turn into a disrespectful attitude toward the higher cultural heritage, but it more reflects the deep tradition rooted in the cultural heritage of the Gypsy people and offers new, refreshing pleasures to the listener and music lover. And just as Liszt, Brahms and others used the Hungarian overtones in their compositions, so now the public profits from the confrontation of these classics with the gypsy roots. This enlivens all those men and women in whose veins still pulses at least a little bit of the blood of the wandering spirit.

Roby is not just an extraordinary virtuoso but a magician with a unique technique and his own style upsets more than one. It’s a rare musician who can play Classical music, Jazz and naturally his own Hungarian folk idiom with as much energy and technical qualities, he redefines every genre with his violin. He has performed at the great halls and festivals in Europe, Asia and America and played with the biggest jazz men like Herbie Hancock, Quincy Jones, Stéphane Grappelli,… .

Roby Lakatos has a numerous discography with such labels as Deutsche Grammophon, Universal, Avanticlassic and others.