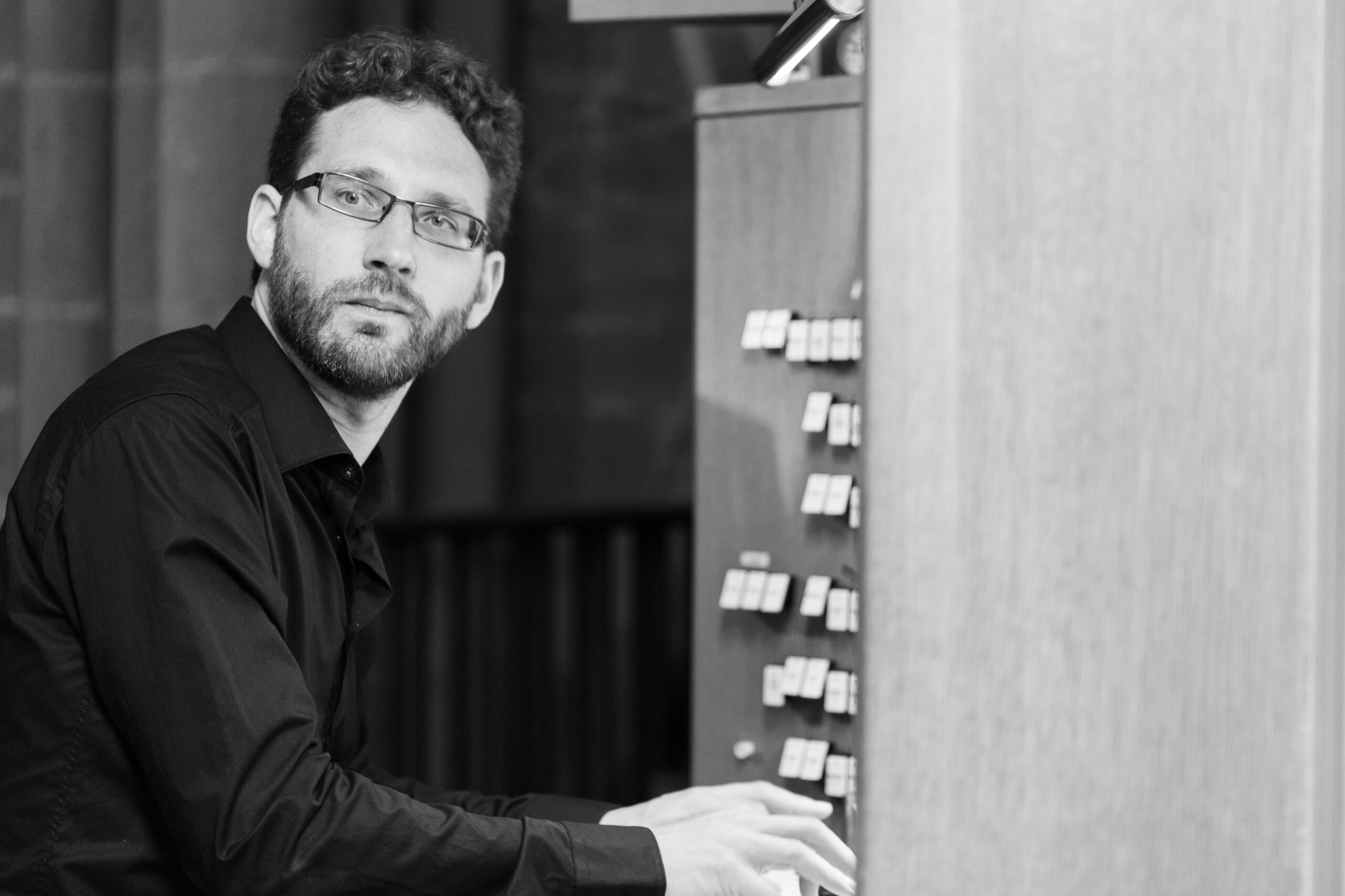 Vincent Thévenaz is professor of organ and improvisation at the Haute Ecole de Musique in Geneva, titular organist and carilloneur of the Saint-Pierre Cathedral in Geneva. His concerts have led him to many European countries, as well as Argentina, Uruguay, Canada and India. Having benefited from a complete training (organ, piano, classical and jazz improvisation, musicology, musical theory, direction, singing, French and Russian letters), he aspires to make known and appreciated the many different facets of the organ: as a soloist, with other instruments, sometimes classical (violin, flute), sometimes quirky (Alpine horn, percussion), as well as with an ensemble. He also plays different keyboard instruments, such as harmonium, Hammond or theatre organ, and carillon. Passionate about improvisation, he devotes himself to it on the piano as much as the organ, in concert or to accompany silent films.

In 2009-2010 he interpreted Bach’s integral organ oeuvre in 14 concerts, met with a resounding success. His duo with the saxophonist Vincent Barras, entitled “W”, proposes an original repertoire immortalised in two CDs. He has recorded two CDs for the Sony label with the Gli Angeli Ensemble of Geneva (Stephan MacLeod), acclaimed by critics. He also collaborates with many ensembles and conductors (Orchestre de la Suisse Romande, Ensemble Contrechamps, Ensemble Vocal de Lausanne, the Scharoun Ensemble of the Berlin Philharmonic, Valery Gergiev, Heinz Holliger, Michel Corboz, Lawrence Foster, Antonio Pappano, etc). In 2005 he founded the Orchestre Buissonnier, an ensemble of young musicians, which he regularly conducts. www.thevenaz.org