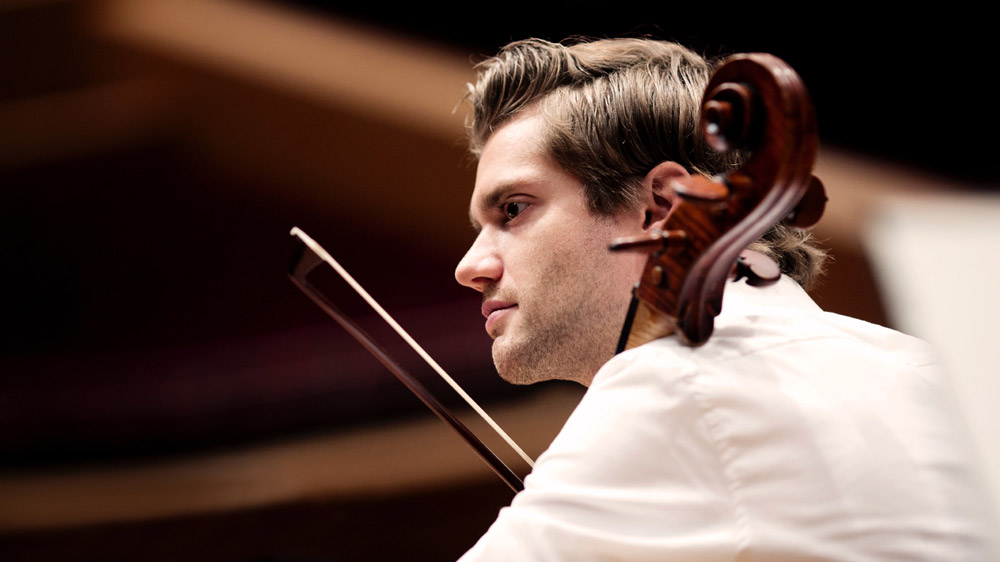 He has played as a soloist with a number of orchestras, including the Academy of St Martin in the Fields, the Russian National Orchestra conducted by Mikhail Pletnev, the Polish Radio Orchestra, the Belgrade Philharmonic, the Lausanne Chamber Orchestra. His passion for chamber music has led him to the world’s most famous festivals, such as Marlboro, Verbier, Bergen, Gstaad, where he performed with artists such as Itzhak Perlman, Mitsuko Uchida, Nobuko Imai, Pierre Amoyal or with his Duo partner pianist Louis Schwizgebel. He has also been invited to perform with the Berlin Philharmonic and with the 12 cellists of this legendary orchestra.

Winner of the Swiss Ambassador’s Award, Lionel Cottet has received numerous prizes at international competitions including Lutoslawski Competition in Warsaw, Brahms Competition in Austria and Astral Artist Auditions in Philadelphia. He is also a Soloist of the swiss Migros Kulturprozent Classics and was finalist at the Eurovision competition.

He studied in the prestigious Artist Diploma program of the Juilliard School in New York, at the Salzburg Mozarteum, at the Zurich Hochschule and at the Geneva Conservatoire with Joel Krosnick, Clemens Hagen, Thomas Grossenbacher and François Guye.
Lionel is deeply committed to communicating with the young generation in various outreach programs in Mexico, Colombia, USA and in Switzerland. He plays an 1852 Jean-Baptiste Vuillaume cello.