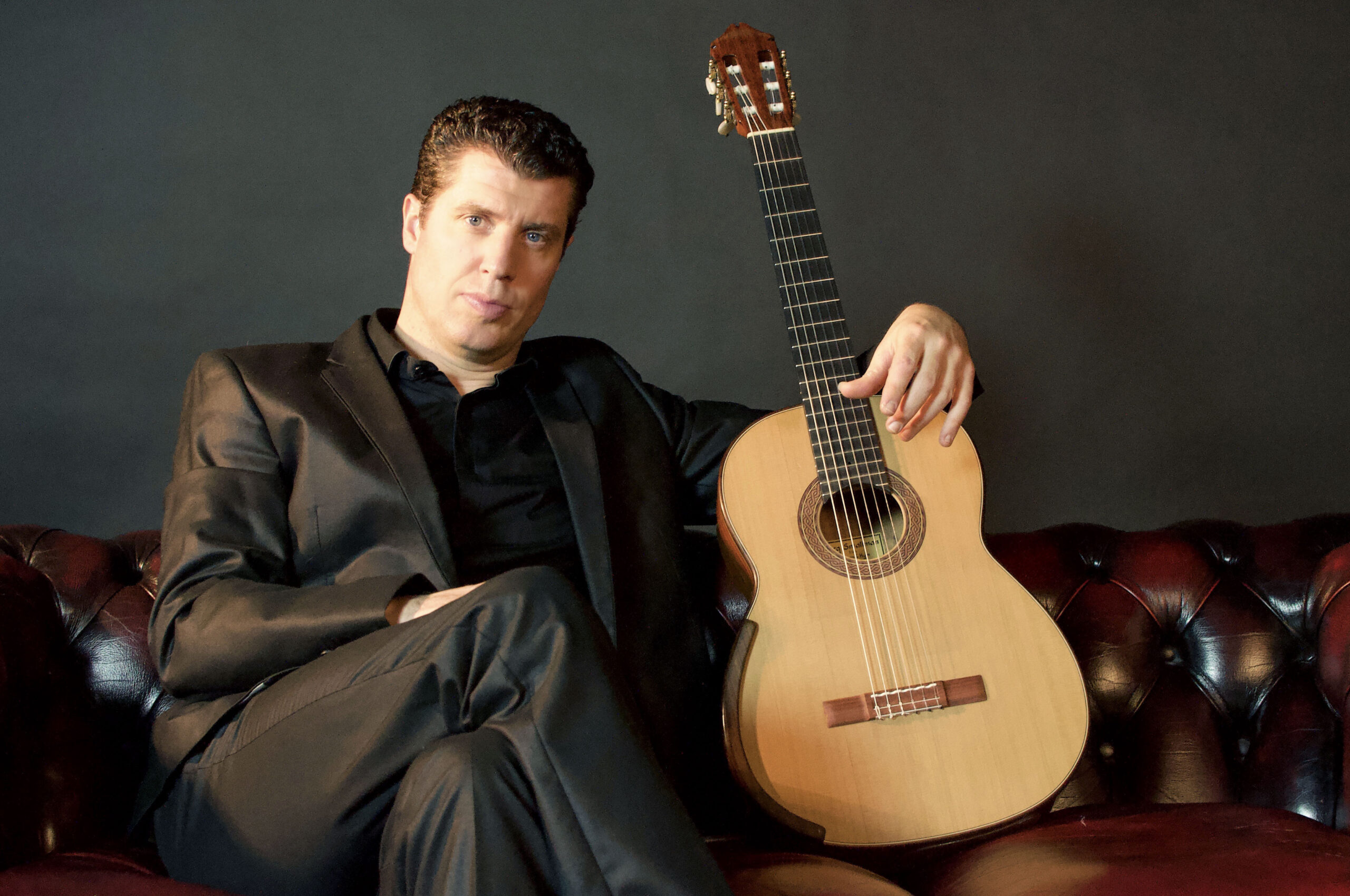 Emmanuel Rossfelder began studying guitar at the age of five. When he turned fourteen he won the Gold Medal at the Conservatoire of Aix-en-Provence. He was one of the lucky few to be chosen to study with Alexandre Lagoya at the Conservatoire National Superieur de Musique, in Paris.

He participated in numerous international competitions and won prizes such as: “Masters of the Guitar” in Paris, the Pierre Salvi Award, given by the French Minister of Culture, the Stotsenberg prize (USA), the Walcourt (Belgium), the Benicasim (Spain), and the Vina del Mar (Chile) prizes.

Emmanuel’s real passion has always been gaining proximity with his audiences and providing listeners with the opportunity to discover the range and capacity of the guitar. In the course of his career he has performed at the Avignon, Vichy, and Strasbourg Opera Halls, and at the famous Gaveau and Cortot concert halls in Paris. He has been invited to the festivals of Auvers-sur-Oise, La Chaise-Dieu, Le Vézère, Sully-sur-Loire and Reims, as well as the Berlioz and Young Soloists festivals. He has given concerts in Boston, New York, Philadelphia and Los Angeles.

He has been accompanied by the Philharmonic Orchestra of Radio-France, the Cannes, Nice, Auvergne, and Perrugia orchestras, la Scala di Milano, the Landmarks Orchestra of Boston, and the Baltic Chamber Orchestra. Recognized as a rising star of concert performance, Emmanuel has received prizes from the Natexis foundation, « Discovery » Classica, and « Classical révélations » AWARDED by Adami.

In 2004 he won the prestigious « Instrumental Soloist of the Year » prize.

Emmanuel Rossfelder has recorded 8 CDs, exploring his instrument’s repertoire and various original transcriptions. His latest recording « Virtuoso », is devoted to highly virtuoso works for solo guitar as well as bold works by Paganini…