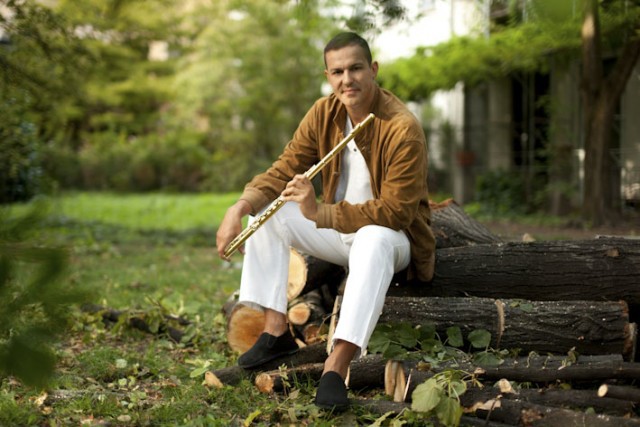 Davide Formisano was student of Jean-Claude Gérard and Aurèle Nicolet. At just seventeen, he took part in the “Jean Pierre Rampal Concourse” in Paris, gaining the “Prix Special du Jury”. During the next few years he won a prize at Kobe International Flute Competition, 1st prize at the Budapest Flute Competition and 2nd prize (1st not assigned) at the outstanding ARD Concourse in Munich.

In 1995 he obtained the solo flute role at the Hamburg Philharmonisches Staatsorchester, getting the same position in the Netherlands Radio Philharmonic Orchestra one year later. From 1997 until 2012 he was principal flute in the “Orchestra del Teatro alla Scala” and in the Philharmonic Orchestra. His position there allowed him to work with the major conductors: Claudio Abbado, Riccardo Muti, Daniel Barenboim, Carlo Maria Giulini, Zubin Mehta, Wolfgang Savallisch, Valery Gergev, Myung wun Chung, Georges Prêtre, Giuseppe Sinopoli, Daniele Gatti and Riccardo Chailly. Davide Formisano combined his role as orchestral flutist with a brilliant and growing career as chamberist and soloist in Europe, Russia, South America and Asia.

He has recorded the complete edition of Mozart flute quartets with Tartini Quartet. On the occasion of his debut at the Lucerne Musical Weeks he recorded a live recital CD with piano. Further of his releases is a CD based on italian opera themes in collaboration with Phillip Moll, Sergio Azzolini and Jean-Claude Gerard and the Mozart KV 314 concerto recording for the italian television network with the conductor Riccardo Muti.

Since 2007 he is a professor for flute at the Musikhochschule Stuttgart. His teaching activity is growing day by day: after several courses in Japan and Italy Davide Formisano is holding courses at Academie d’Eté in Nice and several masterclasses in Japan.

Davide Formisano performs with a Muramatsu 24k All Gold flute.