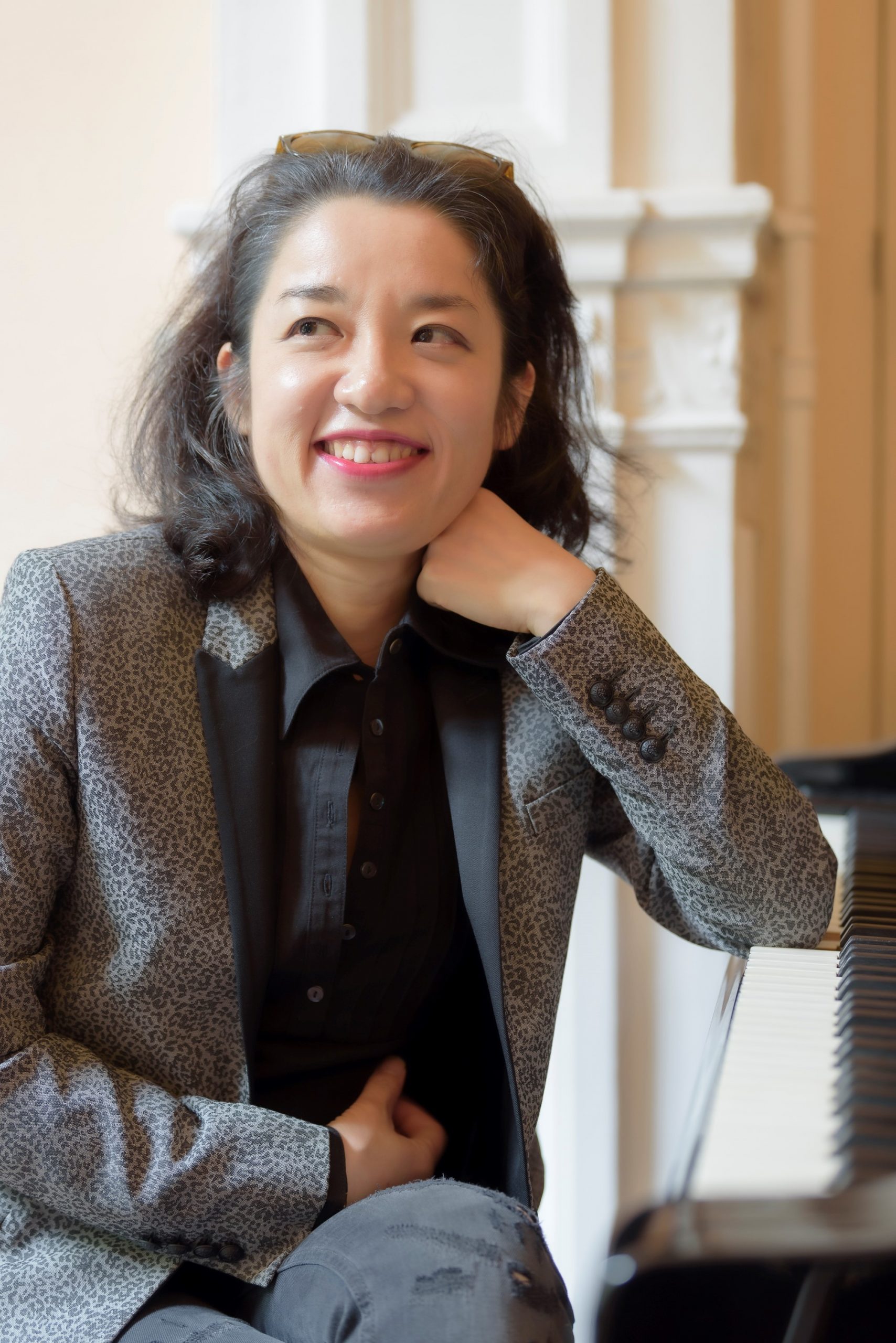 Born in Nagoya, Japan, Akane Sakai began her musical studies with her mother at an early age. A graduate of the Toho Gakuen musical school (Japan), in the class of Midori Miura, Akane Sakai obtains a first prize of excellence from the Lemmens Instituut of Belgium in the class of Alan Weiss. She also benefits from the advice of Pavel Gililov and Lilya Zilberstein.

Akane Sakai is a laureate of the “Young Artist Development” program awarded by the Minister of Culture of Japan. She also obtained a grant from the Yellow Angel Foundation Japan.

Since then she has been performing in the most prestigious musical halls, notably at the Suntory Hall in Tokyo, the Salle Pleyel, the Philharmonie de Paris, the Palais des Beaux-Arts in Brussels, the Laeiszhalle in Hamburg and the Teatro Colón in Buenos Aires. She has collaborated with prestigious orchestras, including the Kremerata Baltica, the Orchestra della Svizzera Italiana under the direction of Alexander Vedernikov, the Lausanne Chamber Orchestra, the Tokyo Symphony Orchestra and the Sinfonia Varsovia under the direction of Jean- Jacques Kantorow.

Akane Sakai is also a guest at festivals such as La Roque d’Anthéron, La Folle Journée, Chopin and his Europe in Warsaw, the Sintra Festival, the Pacific Music Festival, the Progetto Martha Argerich Lugano or the Rhur Klavier Festival.

Her recordings are available at Deutsche Grammophon, Avanticlassic and Warner Classics. His first solo album was released on King International.

Since 2018 Akane has been a programmer for the Martha Argerich Festival in Hamburg.