Critically acclaimed for her “brilliant technique” and “velvety tone “, the young Swiss sporano Chiara Skerath has recently made a successful debut in the roles of Mélisande at the Bordeaux National Opera, Poppea at the Nantes Opera and has also starred in several productions at the National Opera in Paris. She has appeared with renowned conductors such as Christian Thielemann, Marc Minkowski, Sir John Eliot Gardiner, Ingo Metzmacher and Laurence Equilbey.

This concert is organized in compliance with the guidelines in force in the fight against COVID-19.

Tickets are available, only on pre-reservation,

The concert in pictures 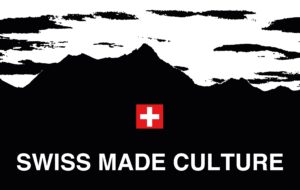 iYour security is our priority.

Giuseppe Gibboni & the Menuhin Academy Soloists
To
In festival ! / February-March

Pierre Génisson & the Hermes Quartet
To
In festival ! / February-March